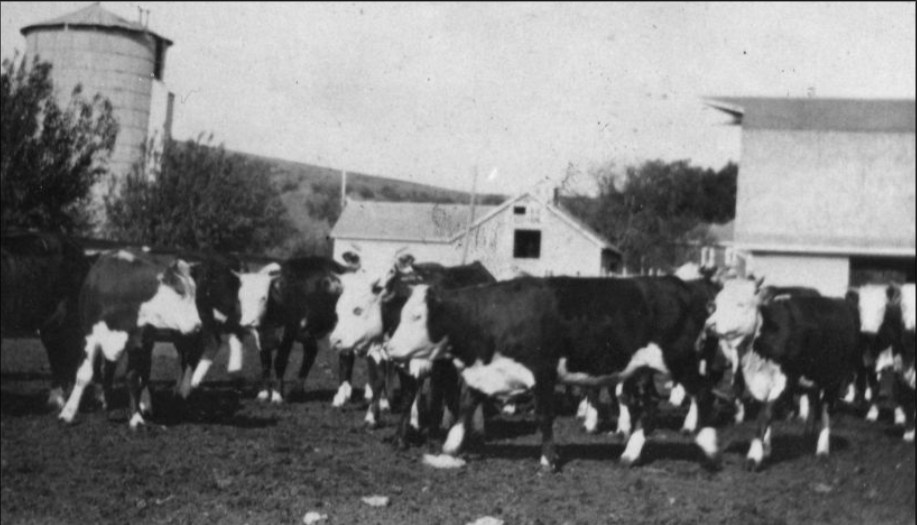 The granary on Pioneer Bluffs has historic significance for various reasons. Perhaps of primary importance, very few farm and ranch outbuildings of this type and age are still extant, most having succumbed to deterioration or salvage decades ago. Thus, this granary built by Henry Rogler in 1916 is an important survival of a type of vernacular architecture common in rural Kansas (and the midwest) in the early part of the twentieth century. Particularly in the Flint Hills, where ranches typically incorporate both farmland and pastureland, this granary is an important reminder of the significant role of farming in a ranching operation. Henry Rogler and his hired hands would shuck corn in the fields surrounding the house and barns, then scoop some out to hogs in the farm lot just north of the buildings before unloading the rest in the granary. As the twentieth century progressed and feeding corn to cattle on a small-scale basis declined, replaced by large-scale feedlots in the western part of the state, the granary was no longer used for its original purpose but continued to be used as a general storage shed.

Another element of the granary’s significance is because it is part of the complex of buildings on the Rogler Ranch, one of the best known Flint Hills ranches throughout the twentieth century.

Preservation of this building, which is an important component in the network of agricultural structures on Pioneer Bluffs, is a significant contribution to the public understanding of the historical culture of Flint Hills ranching.

“From ancient times grain has been stored in bulk. The oldest granaries yet found date back to 9500 BC and are located in the Pre-Pottery Neolithic A settlements in the Jordan Valley. The first were located in places between other buildings. However beginning around 8500 BC, they were moved inside houses, and by 7500 BC storage occurred in special rooms. The first granaries measured 3 x 3 m on the outside and had suspended floors that protected the grain from rodents and insects and provided air circulation.

These granaries are followed by those in Mehrgarh in the Indus Valley from 6000 BC. The ancient Egyptians made a practice of preserving grain in years of plenty against years of scarcity. The climate of Egypt being very dry, grain could be stored in pits for a long time without discernible loss of quality.

Historically, a silo was a pit for storing grain. It is distinct from a granary, which is an above-ground structure.” – Wikipedia

Learn more about granaries on Wikipedia 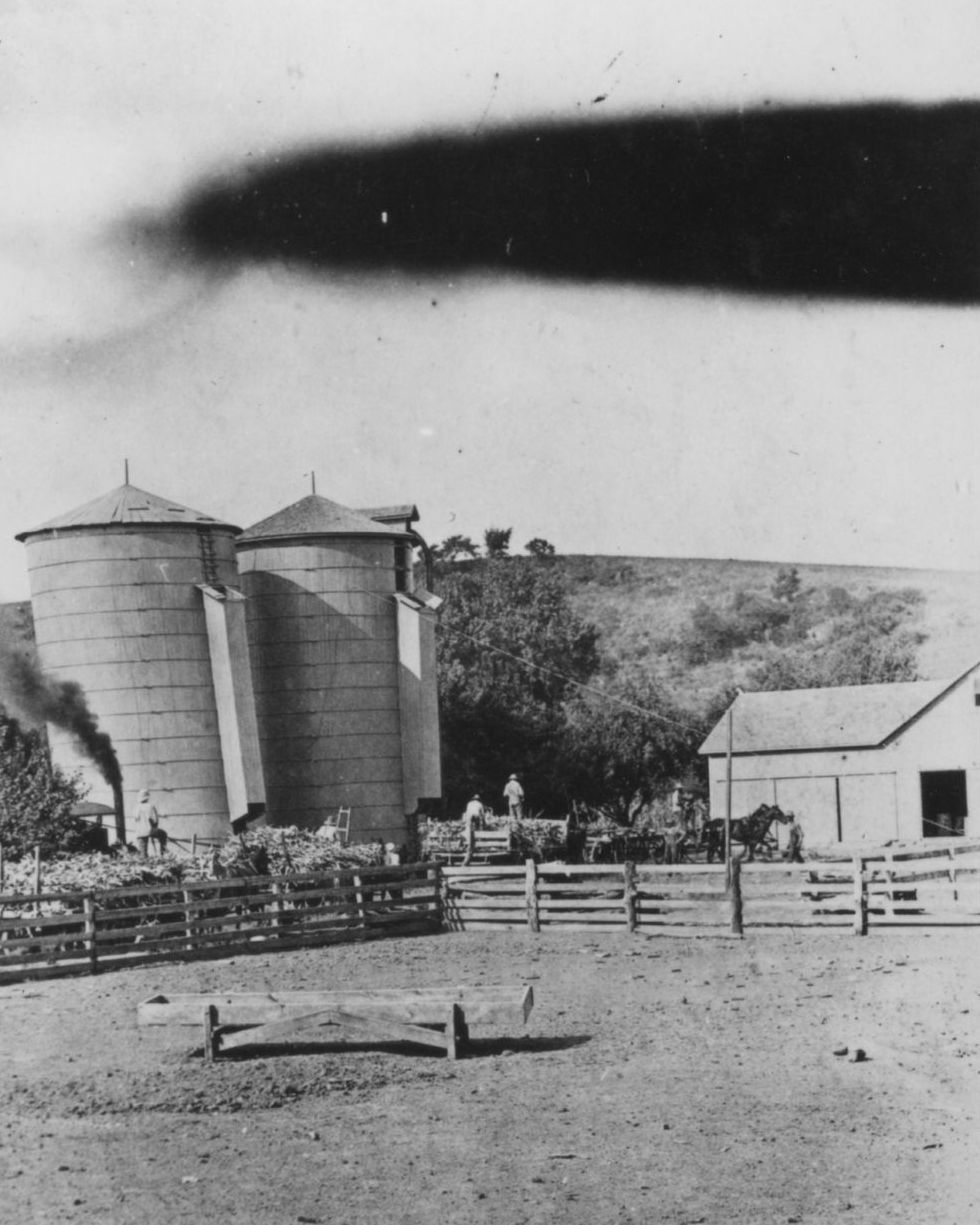 Grain storage at the Pioneer Bluffs Ranch: In this scene from 1918 two wooden grain silos and a corral filled the space behind the granary where the gray barn now stands. 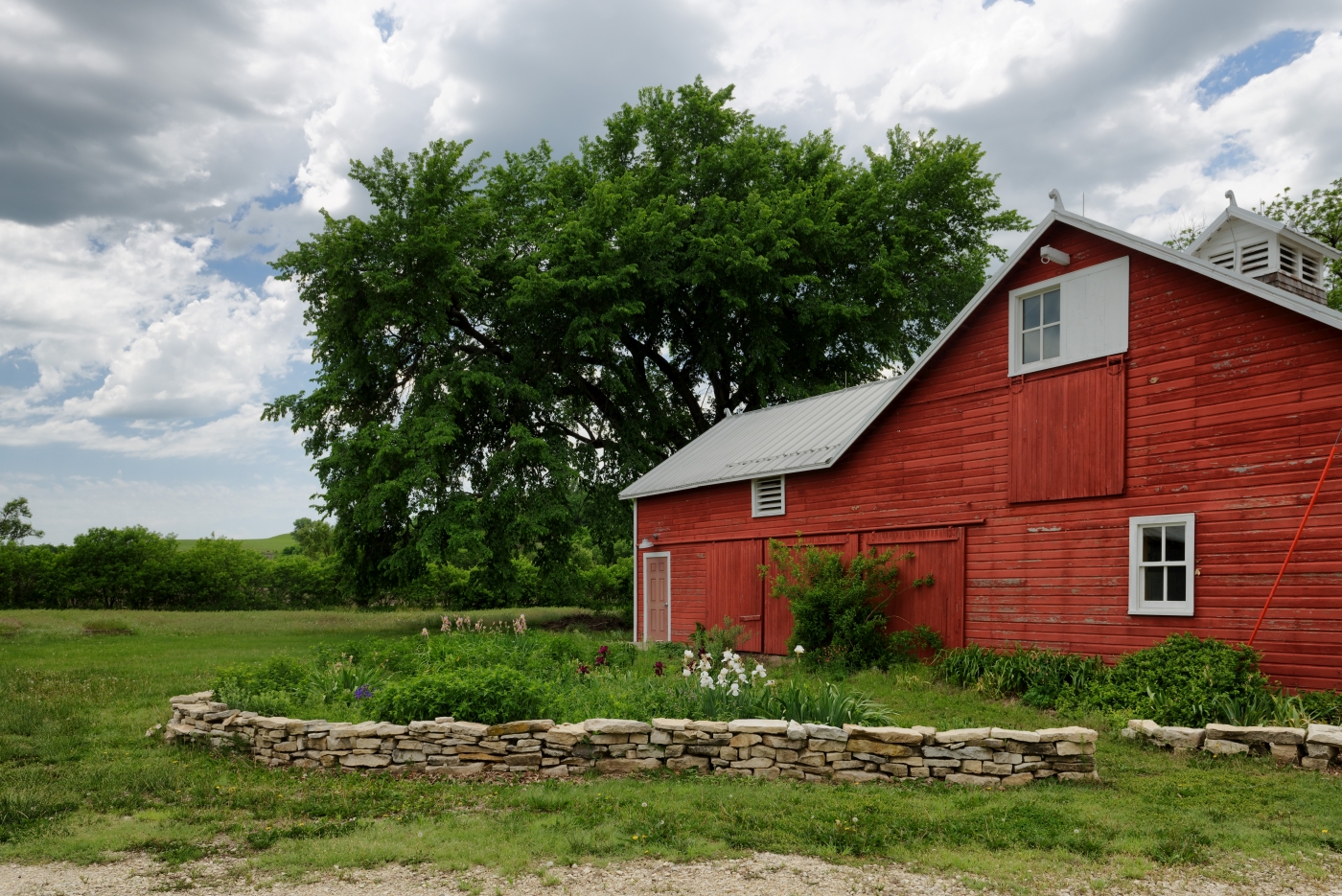 A rock bordered flower garden graces the east side of the granary. 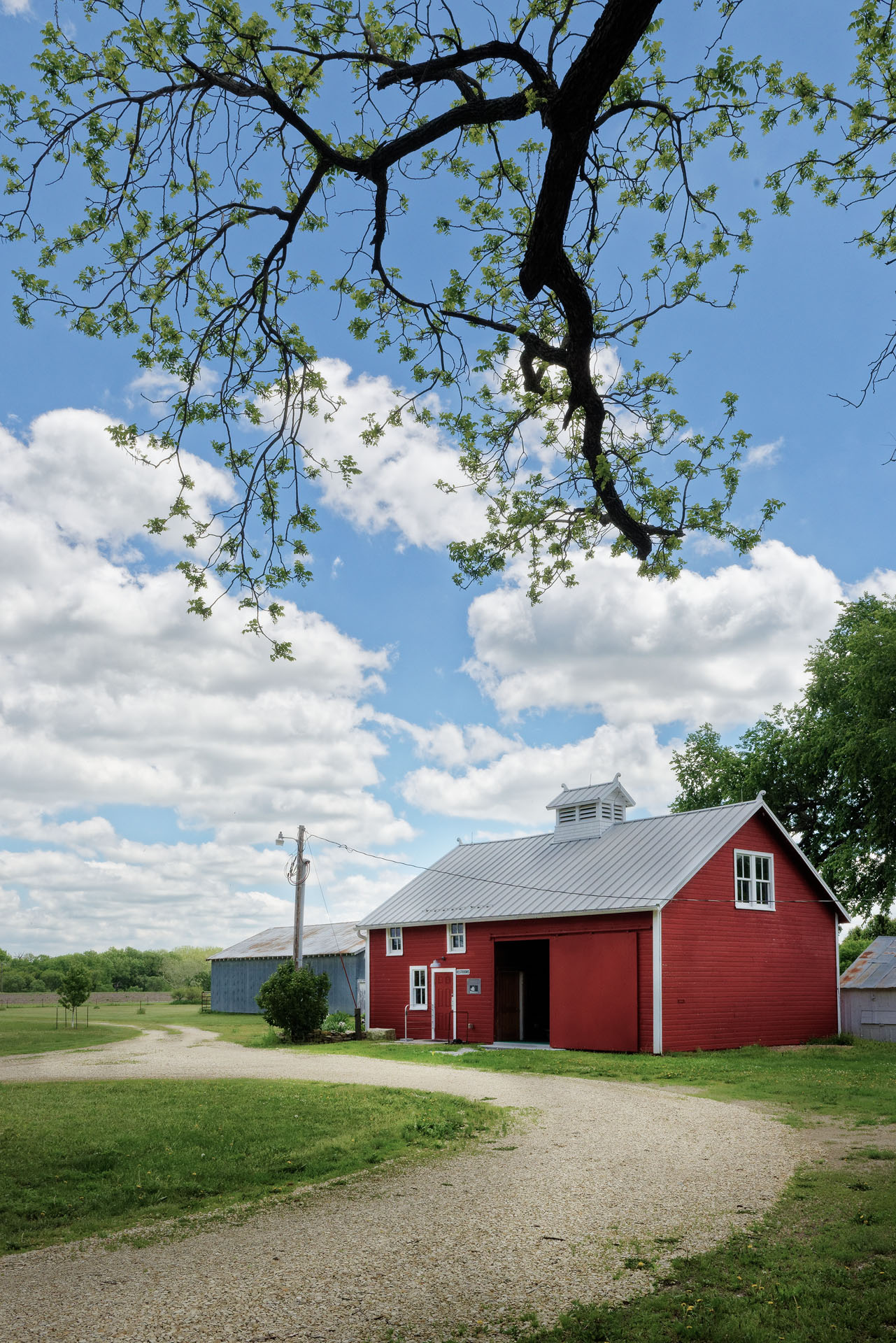 The west side of the granary was used to store grain for livestock. The east side housed a workshop and garage.

The building featured sliding plank doors on the east and south sides to accommodate wagons.

A vented cupola adorns the main gable of the roof.

The granary/carriage house has been restored to its 1916-era appearance and now serves as the Pioneer Bluffs interpretive center featuring an interactive kiosk, the Rogler Research Library and restrooms. A children’s area in the west half has a child-size barn, educational ranch toys, and a virtual trail ride.

Next stop - the gray barn