by read by Linzi Garcia | from Memories of Irene Rogler Palenske

1911 – Nearly everyone had an icehouse on the property, and when Crocker Creek was good and frozen, four or five farmers would meet at the creek and saw out a large rectangle of ice for each farm. It was generally about six inches thick, two feet wide and four feet long.

Henry and his helpers would slice his share into blocks, load them in a box wagon, and take it to the ice house. Then, they’d tightly stack the blocks of ice in the house until they had it filled. He had been saving sawdust all year, and he poured that down the sides and crevices, then covered the ice with three or four feet of it. That insulation would keep the ice until well into August.

From A Living History by Jon Roe – The Wichita Eagle-Beacon, January 25, 1981
A Rugged Land, A Rugged People

Day on the prairie event: children playing in Crocker Creek 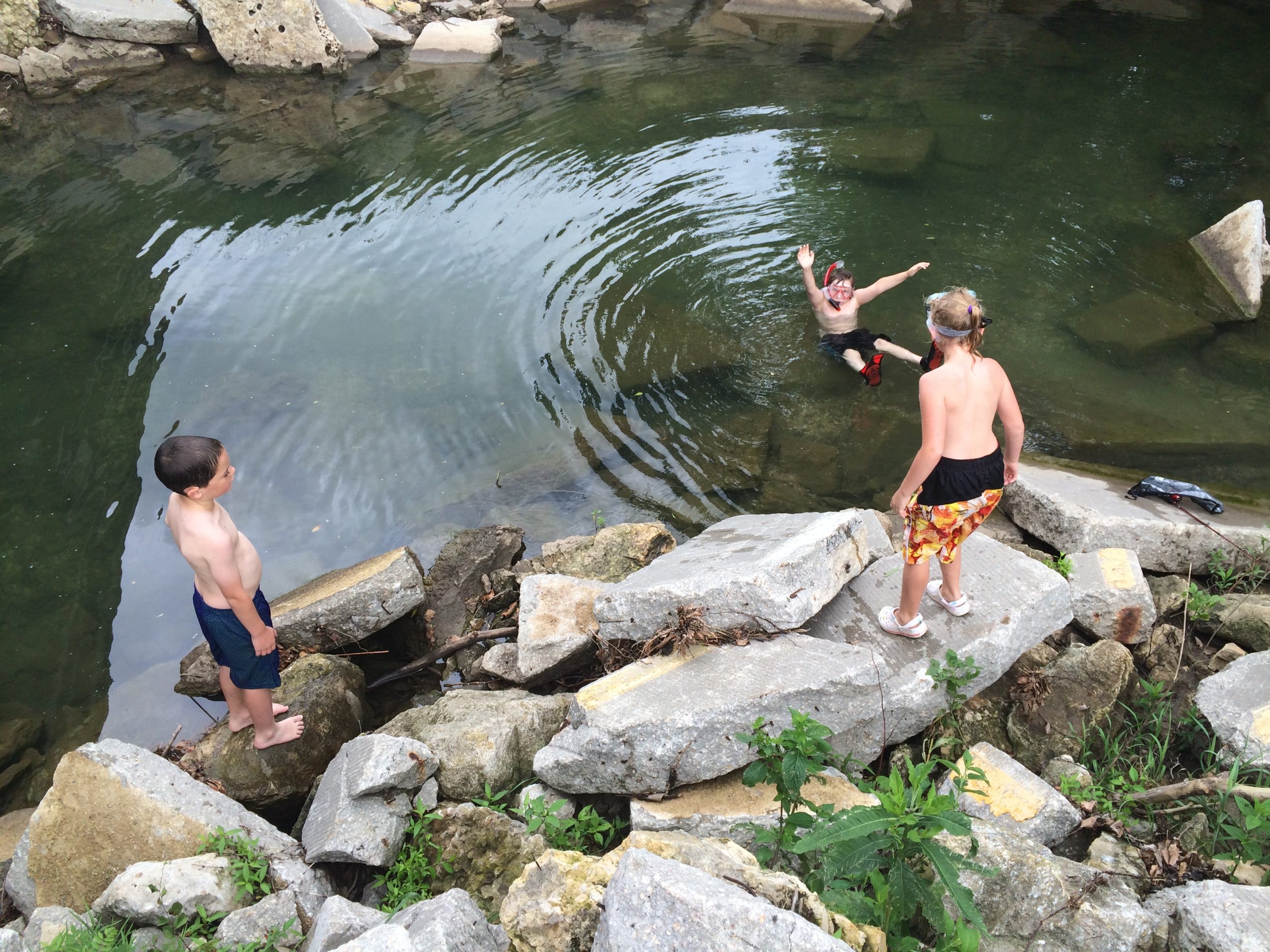 Next stop - the stone fence