by read by Linzi Garcia | From Memories of Irene Rogler Palenske

The windmill is a symbol of the pioneers’ determination not to be at the mercy of weather, but instead to harness it. This symbol of self-sufficiency can still be seen dotting the landscape, not only in the Flint Hills, but around the world.

The Pumping Aermotor windmill installed in 1908 at Pioneer Bluffs was Aermotor’s open-back, geared model produced between 1888 and 1915. It is music to the ears of any rancher to hear the creak and clank of a turning windmill, knowing the stock will have clean, fresh water again today.

The water from the well north of the house was cold and pure and daddy always bragged that it was the best tasting water anywhere in the county. Then he’d laugh and say the reason it was so cold was because it came from the north east corner of the well. He had a lot of little jokes like that.

Once or twice a day one of us kids was sent out for a fresh bucket of water. Sometimes you’d pump and pump and nothing would happen so you’d have to go get a cupful of water and pour it down inside the pump to prime it. Then you’d slowly lift the handle up and down and pretty soon the water would start running from the spout. That never made sense to me but that’s the way it was.

You threw away part of the first bucket full to be sure that the water you took into the house hadn’t stood in the iron pipes. Then you carried the heavy bucket into the kitchen and put it on the corner of the cabinet. A tin dipper hung on the wall beside it and invited anyone who came by to quench his thirst.

(A tin cup) hung from a wire on the windmill. I guess the cup didn’t interest me much for I had a better way to get drink. I would pump real fast, until the water started running into the pipe that hung over the spout and sloped to the horse tank. Then I’d run to the end of the pipe to catch the cool water in my mouth before it all ran into the tank. Once I got some green moss that was floating there in my hair when I had my head upside down like that so then I used the boys method of holding my hand over the pipe and letting the water ooze out just fast enough to drink. It wasn’t as exciting a game that way – but it certainly was better than using that rusty tin cup.

From memories of Irene Rogler Palenske 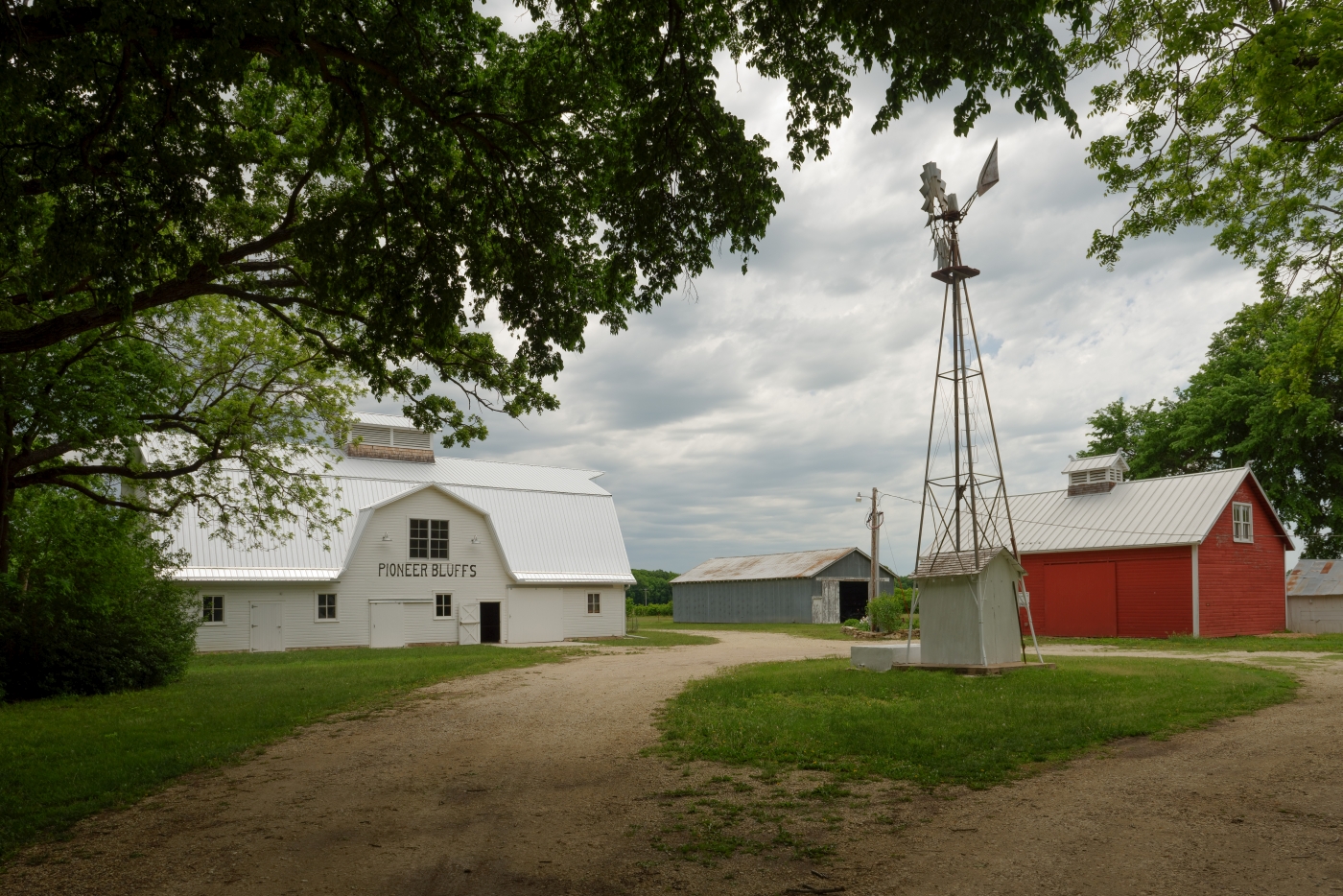 Next stop - the stock shed