by read by Linzi Garcia | from Memories of Irene Rogler Palenske

According to Pat Sauble (Maud’s nephew), every one of Henry and Maud’s four children went to Kansas State University using Maud’s chicken egg money. She raised hundreds of chickens, and always put the money from egg sales away for the college fund.

At one time, said Pat, Maud had so many chickens that she put some in the loft of the granary.

The Sunday cake, and a lot of other food for that matter, was a necessity. They were prepared with the experienced expectancy of a houseful of hungry relatives or friends or both, before that day would be over. If they arrived before noon, we sat at the big dining room table for mama’s hot fried chicken, mashed potatoes and cream gravy dinner. If they arrived in the afternoon they “had to stay” for a paper plate supper of cold fried chicken and sandwiches which we generally ate on the front porch complete with flies and good fellowship.

From memories of Irene Rogler Palenske

Whatever they did during the week, Sunday’s schedule was always the same. After church, there were invariably guests – friends, relatives, neighbors – and Maud prepared a huge platter of chicken, roasting ears, cake and ice cream.
She – like Henry – was proud of her accomplishments in the kitchen, the home and fields. And – like him – she made no real distinction between work and play. Short and stocky, she could unhitch a team of horses faster than Henry could. And her interest in reading and education matched his. But her greatest asset was her boundless energy. Henry called her a “goer,” and she was on the go from morning to night.

From A Living History by Jon Roe – The Wichita Eagle-Beacon, January 25, 1981
A Rugged Land, A Rugged People 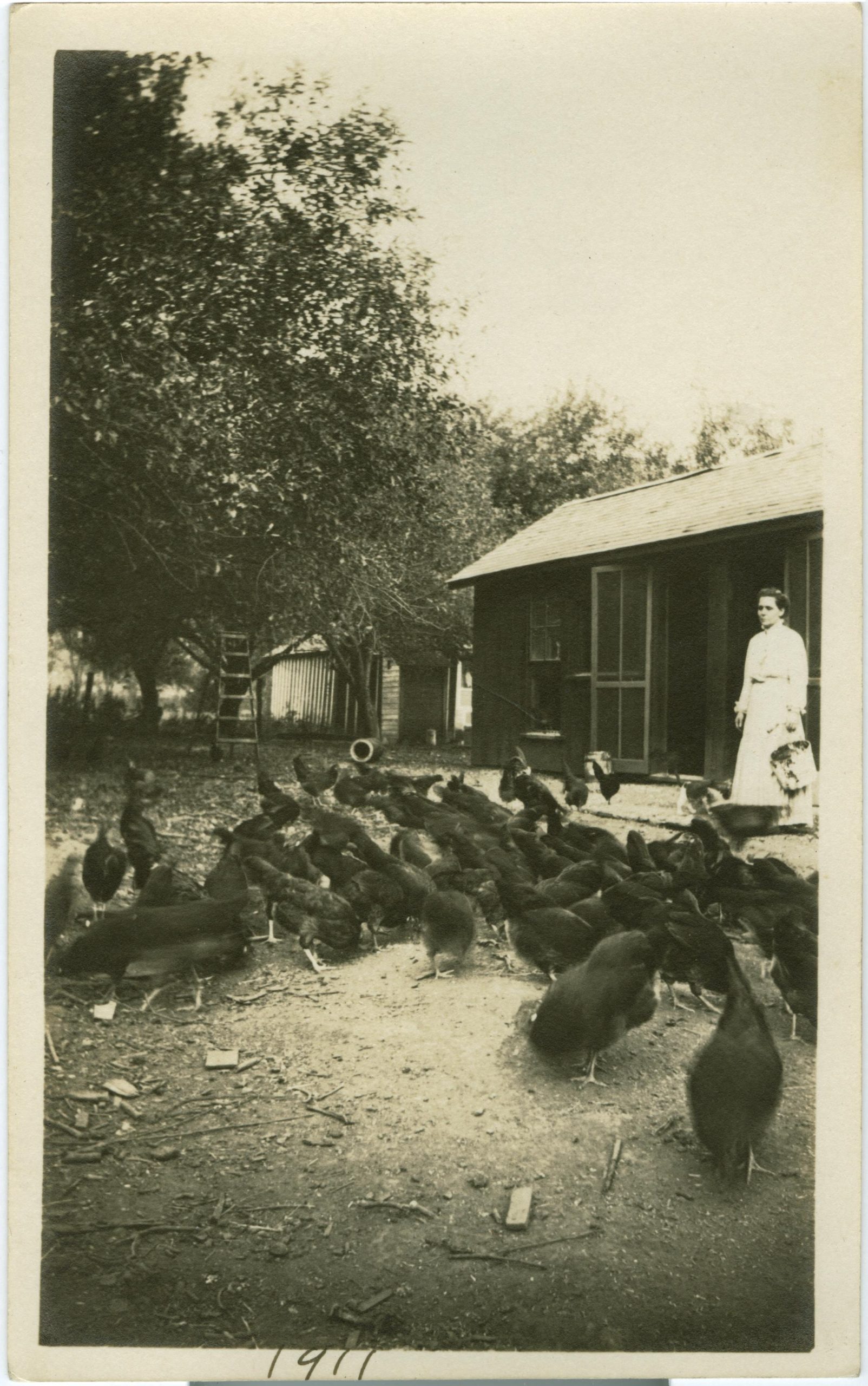 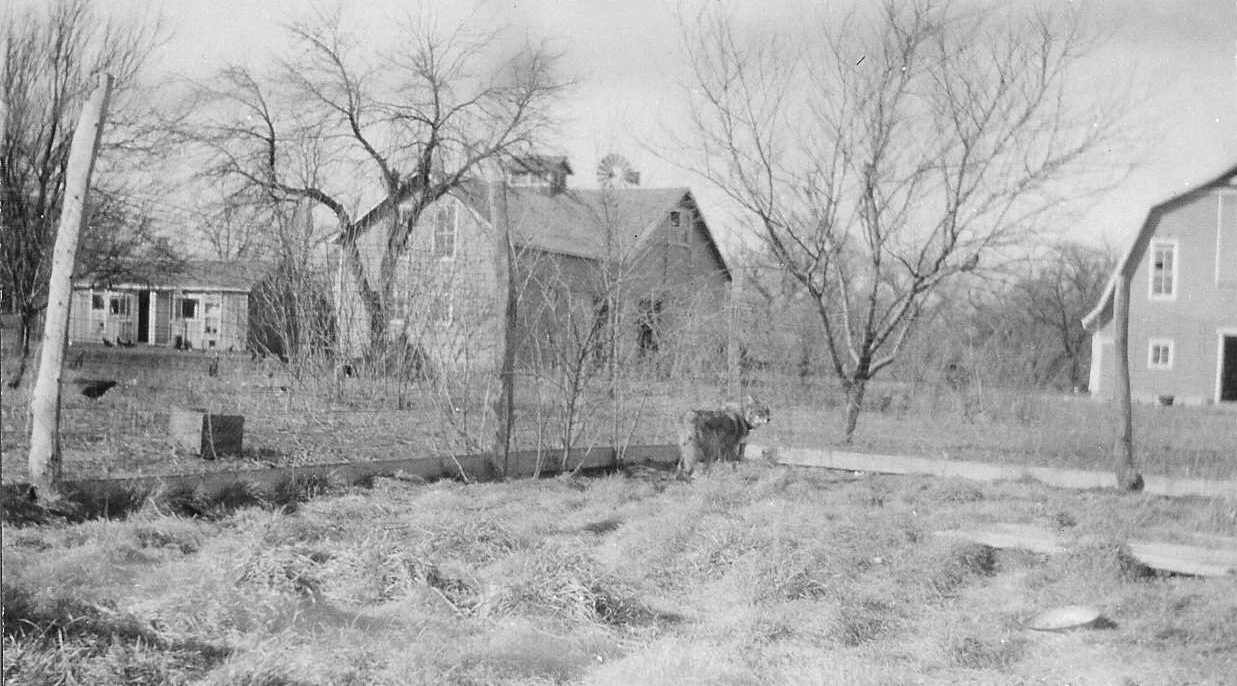 Coyote near the chicken coop

“It is likely that this building was moved from a location that was east of the original location of the 1872 barn to its present location of just south of the Granary and Carriage House. When it stood behind the Old Barn, the building likely was painted red. When it was moved to its present location in 1916 it was a light grey with white trim, using the same color scheme as the Granary and Carriage House. Later, the building was painted white.” – National Register of Historic Places 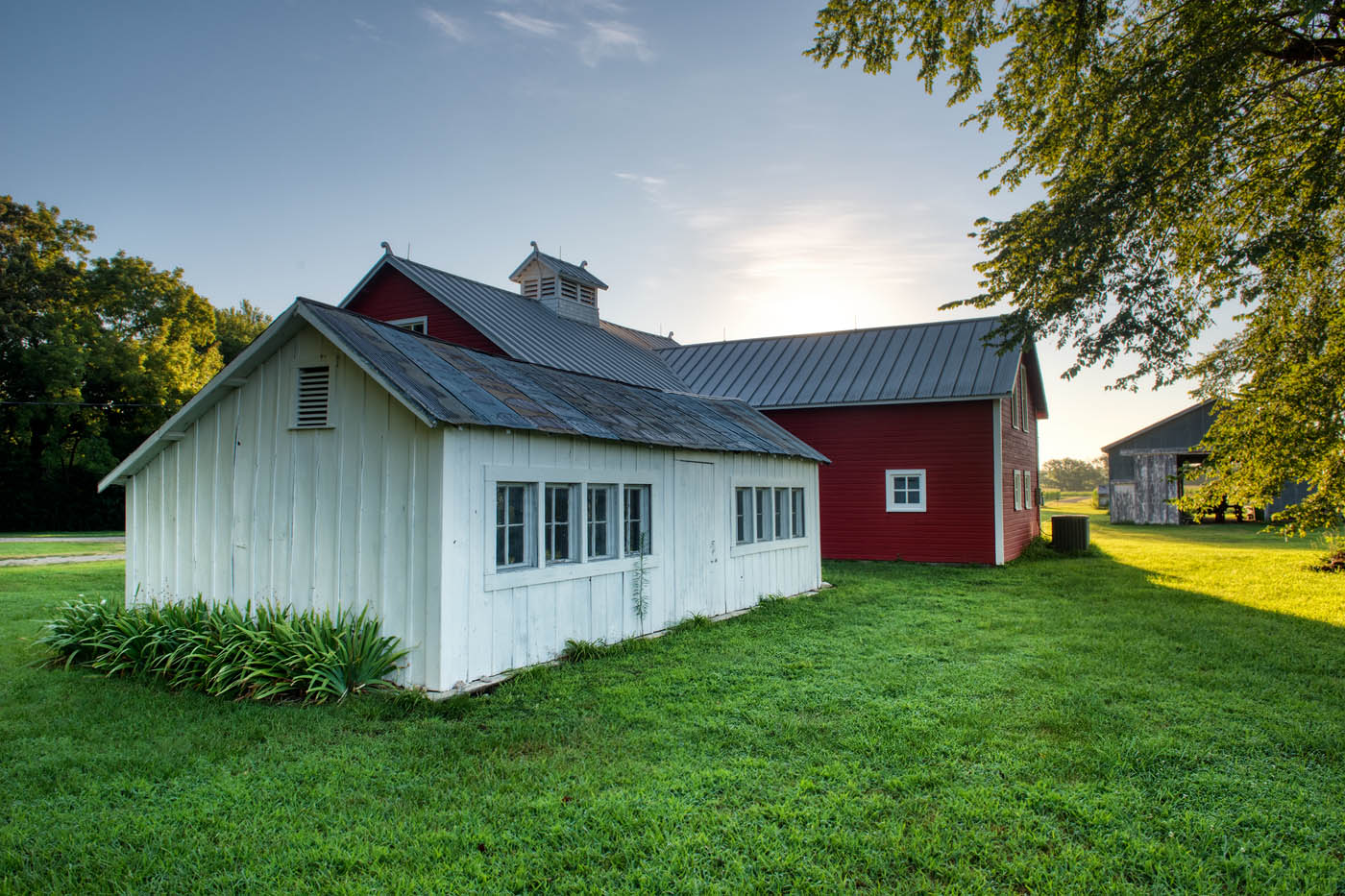 Next stop - the granary